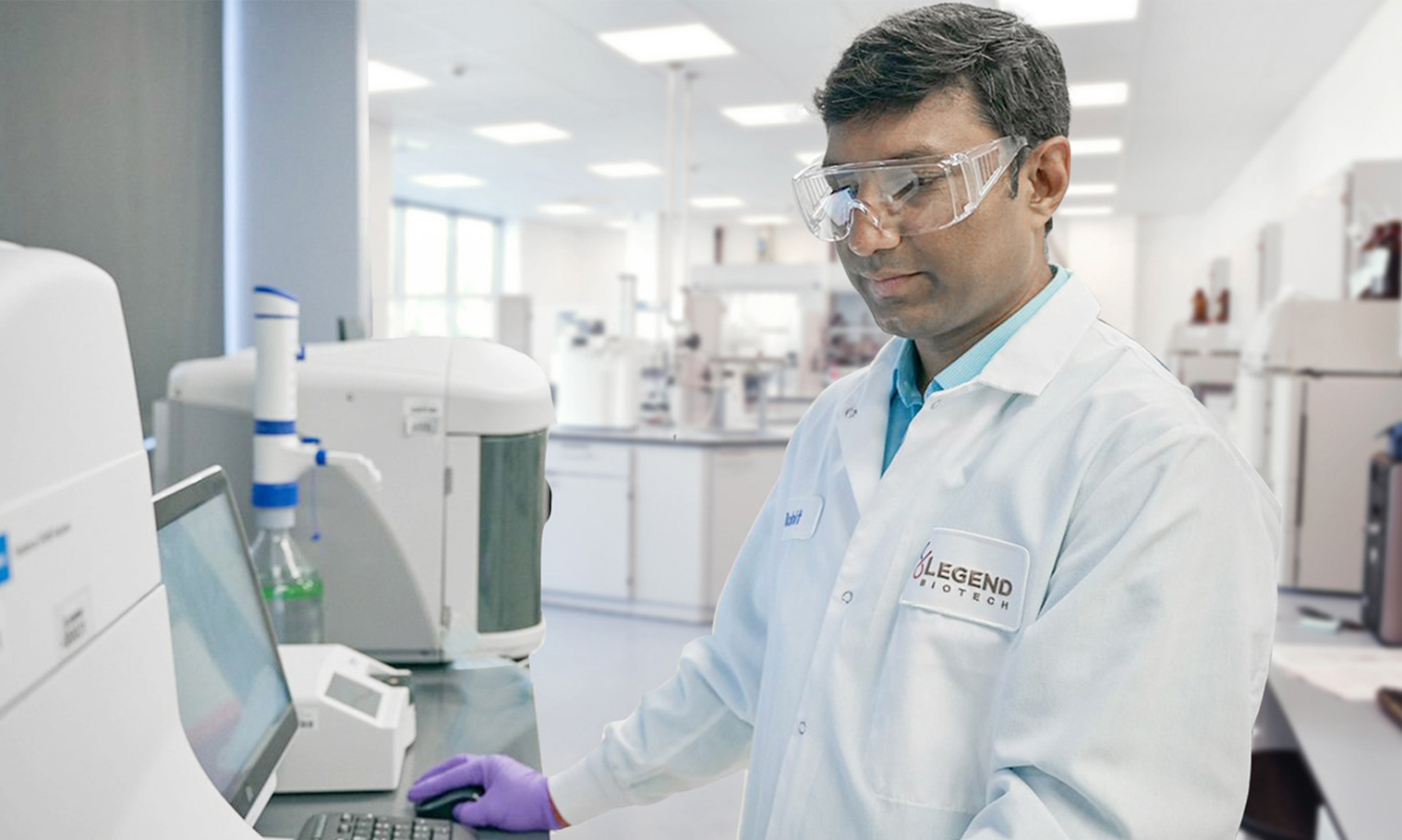 Legend Biotech was founded as an early-stage cell therapy company in 2014. The company was the brainchild of visionary scientists who recognized that antibody-based therapeutics could potentially treat disease and possessed the backgrounds in immunology and gene editing to take the leap.

For two years, Legend Biotech, then known as the “Legend Project,” operated in a room the size of a freight elevator, with the goal of creating a cell therapy for multiple myeloma, a hematological cancer that often relapses and can become refractory. The team produced nanobodies for single-domain antibody drugs and ultimately extended the half-life of the nanobodies with proprietary technologies.

In 2015, Legend’s scientists focused on research for chimeric antigen-receptor T-cells (CAR-T) targeting the BCMA protein, making the biotech one of the first companies in the world to engineer CAR-T cells for the BCMA protein. In 2016, investigator-initiated trials began in China.

In 2017, data from the trials were presented at the American Society for Clinical Oncology (ASCO), which led to a partnership with biopharmaceutical company Janssen Biotech, Inc. to co-develop the anti-BCMA CAR-T, ciltacabtagene autoleucel (cilta-cel). Applications seeking approval of cilta-cel for the treatment of patients with RRMM are currently under regulatory review by several health authorities around the world. CARVYKTI™ (ciltacabtagene autoleucel) was approved by the U.S. Food and Drug Administration in February 2022 and received conditional marketing approval from the European Medicines Agency in May 2022.

Today Legend Biotech is a global, commercial-stage company driven by a passion for patients. We continue to build our pipeline of cell therapy platforms, which includes CAR-T, CAR-NK, CAR-γδ T and non-gene-editing CAR technologies.

Our goal is to bring hope and opportunity to patients and their families by continuing to explore unique technologies.

You are about to leave LegendBiotech.com

We use cookies to improve your experience on our website, measure performance, understand our audience, for advertising and support purposes. You can always change your preferences or opt out from our use of cookies.